Posted on March 9, 2021 by luminahealing

Todays Readings –Tuesday of the third week of Lent
Meditation: 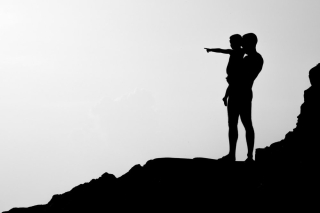 I had no spiritual formation growing up and until I met my wife at 27 years old, I did not even know what a Catholic Church was. I was completely ignorant, and my moral compass was WAY off. I got married in the Catholic Church (2013) and I received the grace of Baptism/Communion/Confirmation in the year of mercy (2016).  I witnessed my wife attend Mass every Sunday before and after our Marriage, and if I wanted to lead I had to lead the family spiritually, first and foremost. Through the Sacraments, the Lord was revealing many wounds in my life, and He still is (I scheduled Confession this week because the Lord revealed a sin I committed stemming from my wound of abandonment). But, the wound of abortion is a scar that I will take with me wherever I go, like my wound of abandonment. My Lord was Resurrected with His 5 mortal wounds, and I have 5 wounds that He is drawing me closer to Him through. This is one of them.
Story,
My consent to an abortion happened when I was serving in the Marine Corps. I was stationed in Iwakuni, Japan and I was forming many adulterous relationships outside of marriage. I started a deeper relationship with a good Japanese mother. I would stay off base at her house, and I remember how good her heart was. One day she told me that she was pregnant. I do not remember exactly what I said, but it may be in the lines of “what can we do to take care of it.” It hurts my heart to think that I would say something like that and how she must have felt, but the pregnancy ended our relationship. When she came to the military base asking for money, I turned my back on her again. I was COLD, to say the least, and all I can say is thanks be to God for His mercy. I did not protect the heart of this good mother, I abandoned her as most men do when women make the decision to abort their baby. When Adam and Eve were in the garden, I always wonder why Adam did not say anything when Eve was being tempted by the devil. Adam stayed silent, and he even blamed the woman after being questioned by God. Men were told by God to till the soil and KEEP it. Protect physically, yes, but also protect the heart.
Naming my baby,
My spiritual director guided me to name the baby. For about 2 years I prayed for a name, I received silence, but God’s timing was perfect for me and the baby. I did not know if my baby was a boy or a girl, and I was not able to apologize to the mother in Japan because I could not find her through social media. The day before the Anniversary of my Baptism (March 25, 2020) I was praying and googling what saint’s feast day was on March 26th… I could not find anything in the Latin Rite calendar, but what I did found was GRACE. I was taken to a page on the internet to Saint Margaret Clitherow, who died on March 25, 1586. I heard a still voice in my heart, “her name is Margaret.” I was SO thankful to God, I cried and cried in the office, and thanked God for this grace and still do. I named her Margaret Hannah Parsons, but God named her first.
God Fathering me,
The Lord Fathered me through this prodigal time in my life, Doctors stitch and close our wounds to heal them, but the Divine Physician opens them up to heal them. I have learned that this is a difficult process, to acknowledge and suffer our wounds with God. This narrow path drew me to NEED Him at a deeper level, and my intimacy with God is growing through my wounds. God permitted my wounds for a greater purpose. He did not will my sin, mistakes, etc; but allowed it to happen. My life is NOT about me, it is about Him, and Jesus thirsts for my love. Each one of us has a different flavor that only we can give him. Oh, happy wound! The wound drew me deeper into the Sacred Heart of Jesus. My Jesus, you were abandoned by Your beloved three apostles in the Garden of Gethsemane, have mercy on me! So anytime there is the temptation to feel like my FORGIVEN sin of murder is greater than God’s mercy, I fix my gaze on Jesus and Mary. The devil is the father of lies, and if the thoughts I am having do not give me peace, I call out to Jesus and Mary… They have never abandoned me. They suffered most, and this is were I draw strength in the wound. To direct my gaze towards the Trinity and my Mother. Now, there is an effect of my sin, like Saint David said in Psalm 51, my sin is ever before me but there is a right and wrong way to feel the pain of having consented to an abortion. Only Jesus’ wounds heal.   -Micah Parsons