Todays Readings: Saturday of the Fifth Week of Lent 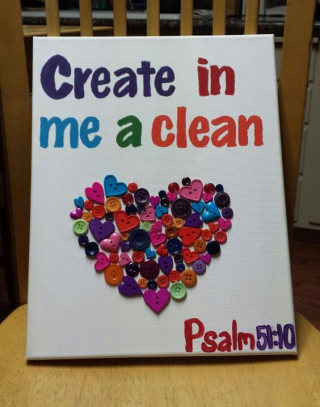 That day so long ago when I walked into the Planned Parenthood clinic, I told myself I was a grown up and I could do this, and I must do it soon, before the baby developed into more of a person. I believed the lie that it was not a whole baby yet. But as I lay on that cold table in the clinic, fear and dread gripped me and I wanted to jump off and run out of that place. I called for the counselor to come in that I had talked to, the doctor simply patted me on the head and in an Indian drawl told me it would be fine, and he proceeded on. As I lay paralyzed, a young little nurse held my hand and smiled at me as if they were about to pull a tooth. When it was done, I was numb. Then in the last of the series of rooms I was shuffled through that day, was a room full of woman reclining in Lazy Boy chairs after their abortions. As I sat there, a nurse snarled at me, “What’s wrong with you? You look like you just lost your best friend.” I said nothing.

Time went on, no one had told me how I would feel, how my insides would cry out for the baby so violently sucked out of my womb. Confusion, depression and loss griped me for years and I told not a soul. No one must ever know the truth. Several mantras went round and round in my head. One that haunted me was, what begins ends, in other words, what starts as a baby ends as a baby. I had ended the life of my child there was no way around that truth. The other was, that if I could do this how could I ever be the person I thought I was, no I could and would never be that person.

Forgiveness came on a cold windy February day seventeen years later, when I went to confession, the first of the sacraments I would receive as I entered the Catholic church that Easter. I could not tell the priest; I sat silently twisting the tissues I had continued to take from the box. I made the priest guess, as I could not say what had been bottled and stuffed down inside of me for the last 17 years. No one in my life knew, not a family member, not my best friend, no one. Except my boyfriend, now my husband and we never spoke of it. The counselor I was going to now knew, I made also made her guess as well. When I was done with my confession, the priest said to keep going to counseling, that it was like a box coming open and that it would take time. I looked down at the floor and was horrified, all around me were the pieces of tissues I had twisted up and had fallen from my hands. He laughed as I scurried around picking them up. He said it was like that insulation that falls out of walls during remodeling. Yes, it was the beginning, the beginning of the insulation falling out of me, after the years of covering up the silent secret that lay within me. All that was stuffed in was coming out. Now the hard work of forgiving myself was to begin. It took a long time and now over 20 years later I know I am forgiven and healed.

God placed many holy people and things in my life to inch me toward that healing. One was a prayer group that I went to week after week, where slowly God restored my heart. One of the songs that we sang in prayer group has this line, “I’ll never know how much it cost to see my sin upon that cross…No, I’ll never know…” It brings tears to my eyes every time I hear and sing those words. God is so good and no sin too great for his forgiveness. He takes and throws it into a sea of mercy, love, and forgetfulness.

The verse read before the Gospel today reads: “Cast away from you all the crimes you have committed, says the Lord, and make for yourselves a new heart and a new spirit.” Yes, the Lord desires this and there is healing and forgiveness in Jesus. So today as we enter into this Holy Week, do not be afraid to lay down all that hurts, all that needs to be healed, and yes if you’ve suffered the pain of abortion lay that before the wood of the cross. The Lord is waiting, he knows all and loves each of us beyond measure. Trust in Him, He is good!