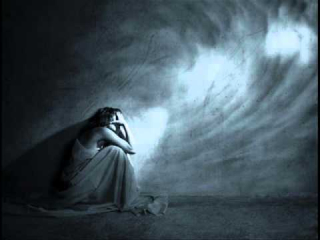 The day I found out I was pregnant, I also knew that I would have an abortion because I couldn’t see another way forward. With a friend that evening, I asked her to pray to God for me.  Knowing what I was going to do, I felt I didn’t deserve to talk to Him. How could I ask anything of Him?  Why would he want to hear from me, who was going to kill one of His creations?  I was away from the Church, but He waited for me.

Later I did pray to Him, often Psalm 51, which we pray during Lent :  “Create in me a clean heart, O God, and renew a right spirit within me.  Cast me not away from your presence and take not your holy spirit from me. Give me the joy of your saving help again.”  Still away from the Church, I didn’t see how He could make my heart clean, but I knew He was the only one who could. I was constantly begging him not to cast me away, despite what I had done. And still He waited.

Ten years later, married with two little ones, I miscarried at four months. Oh, how I grieved!  My grief, however, was complicated: I realized for the first time that I never grieved the baby I had aborted. I pushed the guilt father away, but He still waited for me

More years passed, and His Grace finally broke through to me when I heard a truth in another Psalm: He knit me together in my mother’s womb. This was true of me, of my children, the baby I miscarried, and of my very first little one who I had aborted. This truth broke me open.

God had waited patiently for so long for me, and I came running back. Though we are entirely undeserving of it, God’s nature is to forgive and show mercy.  I learned that if we don’t forgive ourselves or let Him forgive us, we deprive Christ’s death of its meaning.

As St. Josemaría said, “To forgive with one’s whole heart… was Christ’s attitude on being nailed to the Cross: ‘Father, forgive them, they know not what they are doing.’ From this came your salvation and mine.” -Anonymous